The Real McCoy® Rum is based on the story of Bill McCoy, the pioneer rum runner of the Prohibition era. In January of 1920, McCoy was the first to fill a boat with alcohol in the Caribbean, sail it up to New York City, and legally act as a floating liquor store three miles off shore. McCoy was careful to always stay outside the three mile limit, which was international waters in the early days of Prohibition in America.

McCoy made a name for himself because he never adulterated the alcohol. While copy-cat rum runners would dilute their alcohol with wicked chemicals like turpentine, wood alcohol and prune juice, McCoy never did. The sullied products were nicknamed "Booze," "Hooch" and "Rot Gut," while McCoy’s quality spirits became known as "The Real McCoy."

Our multi-award winning collection of rum is produced in honor of McCoy using his Prohibition Tradition®. The rum is completely unadulterated -- there are no added sugars, flavors or perfumes – and we use only the finest blackstrap molasses and pure spring water. The rums are small batch single-distilled in a rare artisan combination of column and pot stills, then authentically aged in heavy char American Oak bourbon barrels for a full 3, 5 or 12 years. 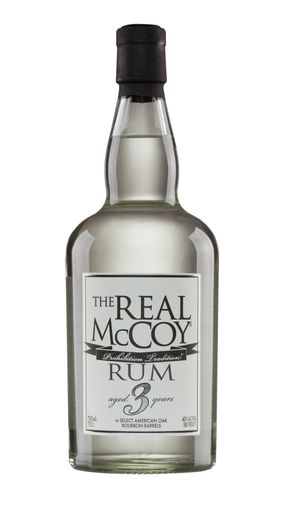 Comes out of the oak barrel with a light amber color, then we CHARCOAL FILTER it to remove the color and still maintain the COMPLEX FLAVOR and AROMA. 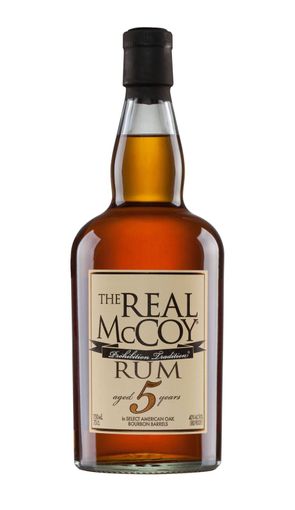 
* PERFECT STRAIGHT OR IN PREMIUM COCKTAILS * 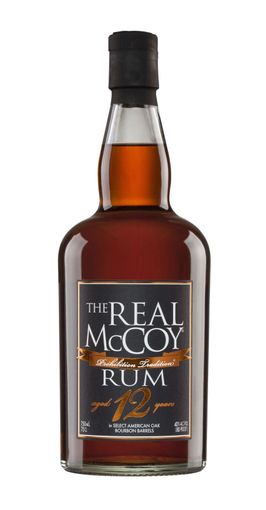 
* THE IDEAL STRAIGHT RUM – NEAT OR ON THE ROCKS *